Enterprising Women Magazine announced its class of 2015 award winners. The Enterprising Women of the Year Awards were given to businesswomen whose companies made at least $1 million in annual revenues last year. There are seven different categories, all the way up to businesses that made over $100 million. This year, two Georgia businesswomen made the 13th annual $10 million to $25 million list.

2 Georgia Businesswomen You Must Know About

Tammy Cohen of Marietta, GA and Diana Harbour of Athens, GA both took their businesses to lucrative heights last year. They went from small business owners to owning million-dollar Georgia businesses. This landed them on the 2015 $10 million to $25 million list of top women entrepreneurs from all over the globe. And, neither of their successes came overnight. 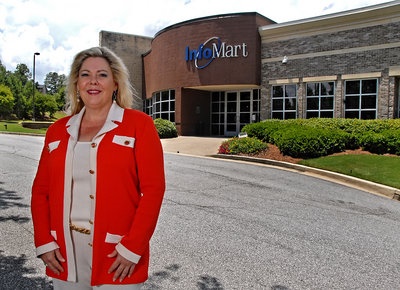 Tammy Cohen joins the list of Georgia businesswomen who worked their way up to the top. She’s ben learning various aspects of the business world for more than 25 years now. Her company, InfoMart, Inc. is currently one of the biggest background screening companies in existence. It’s also a Certified Woman-Owned Business and NAPBS accredited.

InfoMart has gained worldwide recognition by some really respected organizations. It’s been featured on the Workforce Magazine’s “Hot” list, the Security Magazine’s Security 500 list and has won an award for “Best Place to Work.” According to InfoMart:

“Tammy Cohen has been honored for fostering outstanding company culture (NWBOC), for her service (CRRW), and for her entrepreneurship (YWCA of the USA).” 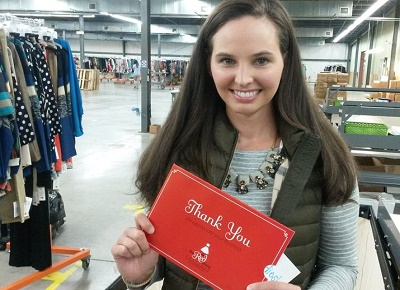 Georgia Businesswomen: Diana Harbour is the owner of The Red Dress Boutique of Athens, GA Image Source: My AJC

Diana Harbour, owner of The Red Dress Boutique, also deserves her place on this list of successful Georgia businesswomen. She spent years at her desk job, hating the surrounding cubicle. She continuously drew fashion sketches while watching the trends of various designers. Eventually, she began to weigh her own options, and came up with two: freedom or practicality.

She opted for both, at least temporarily, starting her own eBay store, which she ran right from her bedroom. After attending a football game with “The Mister” in Athens, GA, Diana fell in love with the area. The woman entrepreneur quit her job, and sold her house. Then, she and her boyfriend moved to Athens, and The Red Dress Boutique was born.

“Now sending hundreds of orders per day to women across the country, Diana splits her time between supervising photoshoots, designing her own in-house line, and being a mother to her son, Robert.”

We love profiling successful women in business each Friday, especially Georgia Businesswomen. Are there any millionaire and billionaire businesswomen you’d like to know more about? Share them with us in the comments below and we’ll look into it right away, even if that woman in business is you. 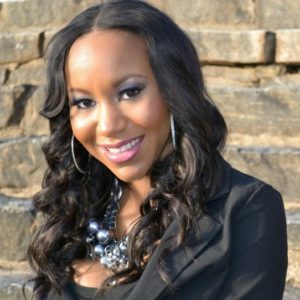 Georgia Businesswoman Kereen Henry is the CEO of The EntreMarketing Group