Maci Peterson is one businesswoman who’s helping to bridge the gender gap in the STEM (Science, Technology, Engineering and Math Education) Industry. Yes, it’s still a male dominated field. But, with women like Peterson, the future for Women in STEM looks brighter. This former Spelman student invented an ingenious mobile app that allows you to ‘take back that text’ before it gets to the other end.

What is the ‘On Second Thought’ App by Maci Peterson?

Ever sent an obnoxious text message, and wished you could take it back immediately? Well, Maci Peterson is the brainiac who decided to tackle the problem head-on. She came up with a clever little innovation called the On Second Thought app.

With the On Second Thought app, you can take back a text message before it actually gets delivered to the intended party. So, no more freaking out when you accidentally send that sext message to your mom instead of hubby… or, that message about your boss to your boss by accident.

Take Back That Text

The On Second Thought is a simple-to-use mobile app, which can be downloaded from the Google Play Store. Once installed, you simply change your default SMS app to On Second Thought by Business Woman of Color Maci Peterson. Then, you determine how long you want for your grace period. This is the amount of time you have to change your mind… up to 60 seconds.

Snapshots of the On Second Thought app, which allows you to take back text messages before they’re delivered.
Image Source: Montage Comms

Having second thoughts about the text? Want to take back that text after hitting send? Simply swipe left and recall it. 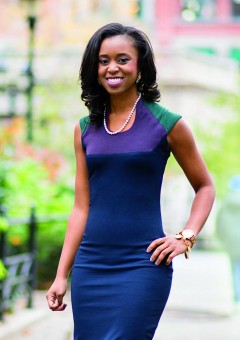 Maci Peterson invented ‘On Second Thought’, an app that let’s you ‘take back that text.’
Image Source: Essence

Maci Peterson and her app development team will soon add a new feature to On Second Thought called “curfew.” With this cool little addition, you can drink as much alcohol as you like, without worrying about drunk texting. So, no more waking up and checking your phone to find out you drunk text some really obnoxious, weird stuff last night.

You set your curfew before you leave the house. All text messages you attempt to send… to anyone… after curfew will be held in limbo until the next morning. After your curfew time period expires, you can go back and check all held messages. Some you may still want to send. But, others… Smh.

Business Women of Color are Making Strides in the STEM Industry

When it comes to the tech industry, Business Women of Color are still significantly outnumbered in 2015. But, women like Maci Peterson are helping to make the field more attractive to more Women of Color, and girls in general.

According to Maci Peterson, she was drawn to technology. Having the idea for a solution to a text messaging problem, she was determined to make it a reality:

“We’ve sent messages we needed to get back. I saw a problem and a void in the market, and then I thought of and developed a solution.”

The more Business Women of Color succeed in the tech industry, the more attractive it will be to other Women of Color and all little girls. Maci’s hope is that others will learn about her story, and think to themselves:

Video: How to Use the On Second Thought App

Check out the easy instructional video on how to use On Second Thought app below:

Get a Mobile App for Your Business

On Second Thought currently has more than 4,200 users, helping Business Woman of Color, Maci Peterson build a successful brand in the STEM Industry.

Click Here to Read ‘There’s an App for That: Does Your Small Business Need an App?‘ 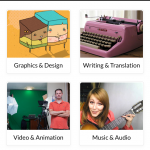 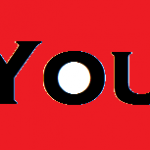