By now, we’ve all heard of the famous on-demand service known as Uber. Well, Alexandra Wilkis Wilson saw the moneymaking potential of using that same business model for a completely different industry. The co-founder and CEO of Glam Squad created a billion dollar business model… makeup-on-demand. 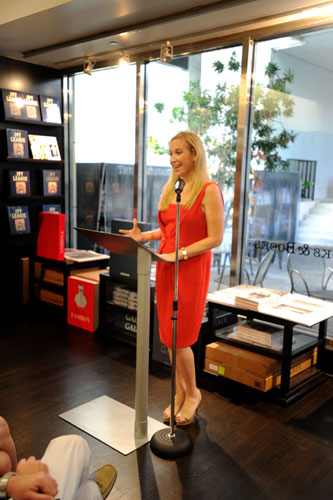 Half-hour stylist visits currently rung $155. This is giving stylists another arena for bringing in lucrative income. According to a Forbes article written on Alexandra Wilkis Wilson and Glam Squad:

“U.S. spas and salons, which will do $40 billion in sales this year on the backs of a workforce that is 65% freelance.”

Wilson is being held up as a great businesswoman for creating a way for these freelancers to earn more of their share in this workforce. And, with the business model being built around the concept of makeup-on-demand, Glam Squad freelancers can work on-demand. Now, that’s freelancing for you!

Glam Squad’s CEO Alexandra Wilkis Wilson is no newbie to the world of business. She’s also a co-founder of the million dollar business Gilt Groupe, a daily deals website. After running it for seven years, she left this e-commerce company to head to Glam Squad. She was lured in by its other co-founder and chairman, Jason Perri, to act as an advisor. She became CEO in September, and has since become one of the company’s major investors:

“I got hooked on many levels.”

The execs of Glam Squad refuse to disclose the financials of the company. However, the gross sales estimate, according to Forbes, was about $8 million for the first year. The goal of Alexandra Wilkis Wilson is to launch the makeup-on-demand service in 15 more major cities within the next two years.