Happy retirement is only possible when you’re financially secure enough to do what you want to do. For many women retiring today, this can be ruined by massive debt. Each year, thousands of retiring women are finding this to be major issues as they say goodbye to their regular paychecks forever.

Stats on Women Retiring with Mortgages

Consumer Financial Protection Bureau (CFPB) revealed the following about homeowners over 65 years old who have mortgages:

For homeowners 75 year old and above, the rate now stands at 21.2%. This is triple the amount of 75 year old homeowners with mortgages back in 2001, which was only 8.4%. There was a time when typically, women retiring no longer owed on their homes.

Janet Taylor, successful businesswoman and AARP’s Life Re-Imagined thought leader and psychiatrist gives her take on women retiring. She agrees that retired people tend to suffer from chronic stress because of debt. This is not the way to retire happy. 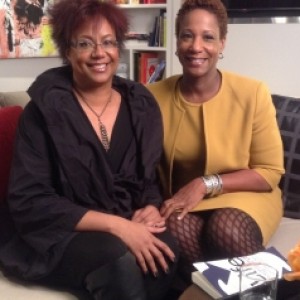 3 Debts Women Retiring Have to Deal With These Days

These are the three main debts women retiring are left to struggle with once their careers end:

Lessons to be Learned by Women Retiring

Many say that Americans are fat because they eat a lot. Essentially, this means they spend more than most other societies. And, in order to sustain this “fat” lifestyle, many Americans have to borrow more.

This bad habit has cost the US its supremacy as a global economic powerhouse. Many working women, female entrepreneurs and women in business are jeopardizing their financial futures because of this habit. It’s better to put an end to it long before you retire.

Social security is on the decline. The US Government will not be able to meet its financial obligations to women retiring who have been working jobs their entire adult lives. Those who have prepared early enough and braced themselves for this calamity will be safe.

How to Prepare for Retirement as a Career Woman

One of the best ways to women retiring to prepare financially is by starting lucrative side businesses of their own. All it takes is a brilliant idea, hard work, dedication and the determination to put your efforts and energy into your own business venture.

Ready to get started? Contact The Entre Marketing Group to help you start to get your new business venture off the ground today.